In 1995, the City Council adopted the Aalborg Charter, the first step towards the creation of a local Agenda 21. After an intensive participatory process, Barcelona specified the details of its Agenda 21 in the Citizen Commitment to Sustainability, a document drafted by broad consensus that defined goals and lines of action for the 2002-2012 period. In December 2012, the organisations reaffirmed their commitment to the values of the Citizen Commitment for Sustainability 2012-2022.

In view of the positive results of this programme, the + Sustainable City Council Programme was introduced in 2006 with the intention of encompassing all local authority activity. So, the programme office becomes City Council because it not only concerns offices but also the tendering and contracting of services, supplies and public works; and green becomes sustainable because aspects of a more social and ethical nature are now taken into consideration, such as fair trade.

This change has been reinforced by the adoption of four government measures: the Government Measure on the Greening of Local Authority Contracts (2006), aimed at generalising the incorporation of environmental criteria in contracting (with the emphasis on the modification of standard contract conditions in 2006) and the Government Measures on Responsible Procurement (2008 and 2013), aimed at adding social aspects and defining its inclusion in the public procurement.

Do you want to know the key dates?

During 2009 and 2010 a participatory process was organised, the A+S Convention, which involved more than 300 employees, from all levels, different departments and independent organisations. This was a clear example of empowerment. Not only was it an informative process but the participants, accepting their co-responsibility, also defined by consensus the goals of the Programme for the 2012-2020 period, which are contained in the document A + Sustainable City Council Programme, Future Commitments.

The objectives of the convention were to review the actions taken during the last ten years, agree on future goals and actions to be undertaken, promote the involvement and complicity of the entire institution in the A+S Programme, and give the programme a central and visible role in municipal institutions.

The work was carried out by five specialised working groups made up of city council staff expert in each field:

On 18 March 2010 the closing act of the A+S Convention took place. It was an institutional event, chaired by the mayor of Barcelona and the deputy mayor, councillor for the Environment. It was attended by 271 members of the council staff, including the municipal manager and leading administrators from various departments and districts.

One of the most important results of the participatory process, also open to all council staff through an online platform, was the definition by consensus of the strategic objectives and the lines of action of the A+S Programme.

The A+S Convention was itself an example of greening, and during the closing act awards were given for the most outstanding internal initiatives and projects aimed at the incorporation of sustainability criteria. 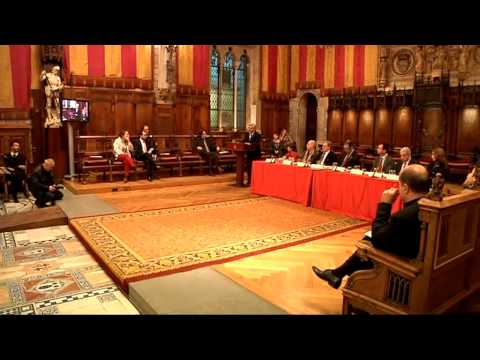 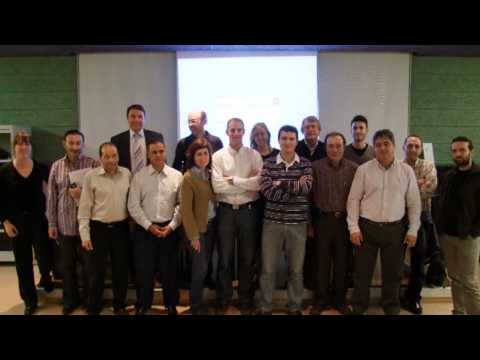 Here you can subscribe to the +Sustainable City Council newsletter